If you are in the area in the spring or summer or even the fall, you simply must pay a visit to Boston Public Garden. Located in the heart of the city, right next to Boston Common, this gorgeous park has something to offer for everyone.

I’ve been to the Public Garden several times now. Each time I discover something new, and on each visit I leave struck by the beauty and peacefulness of the place. Read on to hear all about what to do in Boston Public Garden – and for lots of photos.

Oh, and did I mention that access to the garden is completely free?

This post may contain affiliate links and I may receive a commission, at no extra cost to you, if you make a purchase through a link. Please see my disclosures.

The Public Garden was founded in 1837 and is the oldest public botanical garden in the United States. Enclosed by Charles, Boylston, Arlington, and Beacon Streets, it occupies 24 acres in the city center. Just east lies Boston Common and just west is Commonwealth Avenue Mall, so the garden is part of the chain of Boston parks known as the Emerald Necklace.

What’s more, it’s an enjoyable route through Boston Common from Park Street to the garden. You can admire the Common and the shining gold dome of the Massachusetts State House on your way.

Now that you know what the garden is and how to get there, let’s talk about what to do while you’re there!

8 Things to Do in Boston Public Garden

1. Stroll around and admire the stunning flowers and landscaping.

At the center of the Public Garden is a large pond, charmingly called the “lagoon”. A historic bridge – built in the 1860s – stretches over the lagoon and offers scenic views of the water and of the island in its center. Various paths wind around the lagoon and in between flowerbeds, trees, and fountains.

The stately Haffenreffer Walk cuts across the center of the garden, crosses the bridge, and leads to a towering equestrian statue of George Washington. This statue of the Commander of the Continental Army and the first US president was erected back in 1869, so it has impressed visitors for over 150 years.

The Boston cityscape rises up on all sides, providing a striking contrast with the natural environment. But the urban presence isn’t overwhelming. In fact, when you are in the garden, it is easy to forget that a bustling city surrounds you. It’s only when you start to take photos that you notice tall buildings popping up in the background!

2. Take a ride on one of Boston Public Garden’s iconic Swan Boats.

Ever since the 1870s, visitors and Boston natives have been enjoying rides on the iconic Swan Boats. The 10-minute ride costs a few dollars and takes you all around the lagoon. Each boat has a giant wooden swan in its stern, so you can imagine that the bird is propelling you forward.

Note that the boats only run in the summer. Previously I had only been in the garden in the spring, but my husband and I finally got to take a ride back in August! It was lovely and relaxing – our favorite part was getting a closer look at the island in the center of the lagoon.

You can read more on the Swan Boats website.

3. Have a picnic or read a book in the shade.

There are all kinds of shady lawns to sprawl on, so bring a picnic lunch to eat on the grass! You can also find a bench in a shady corner and enjoy some peaceful reading or meditation time.

4. Discover all the species of trees in Boston Public Garden.

The Public Garden is home to hundreds and hundreds of trees, both native specimens and species imported as far back as the late 1800s. You will enjoy the beautiful foliage and unique shapes!

And if you want, you can even work on your identification skills. Many of the trees have little plaques on them stating their species and where they came from, which makes it easy to improve your botanical knowledge.

5. Take a photo with the Make Way For Ducklings sculpture.

In the story, Mrs. Mallard must lead her ducklings from the Charles River to the island in the Public Garden lagoon, where she has arranged to meet Mr. Mallard. After various adventures, the duck family settles down on the lagoon island and lives happily ever after.

My mom read me the book as a child, so it was so much fun to see the statue! Make Way For Ducklings is now the official children’s book of the state of Massachusetts and has entertained children for generations. It was originally published in 1941, and the duck statue was erected in its honor in 1987.

If you haven’t read the book, you should check it out.

6. Find the statues of historical figures and learn a bit about US history.

The statue of George Washington dominates the center of the garden, but the first president isn’t the only historical figure you should look out for. As you explore Boston Public Garden, statues of various people of note pop up on all sides. Here are a few of my favorites:

Pause for a moment of silence at the Boston Public Garden’s 9/11 Memorial, also known as the Garden of Remembrance. This beautiful and peaceful corner of the park, dedicated in 2004, commemorates 9/11 victims with ties to Massachusetts and New England. You can read the names of over 200 beloved dead, mourn their loss, and honor their legacy.

8. Give thanks for medical advances at the Ether Monument.

The oldest monument in the Public Garden is the Ether Monument, erected in 1868. It commemorates the first ever use of ether for anesthesia, which occurred in Massachusetts General Hospital in 1846. The monument, accompanied by a fountain, features a statue of the Good Samaritan assisting an ill man. On the sides of the statue base are carved scenes of patients receiving relief from pain.

Apparently there is a bit of debate over which Massachusetts doctor actually discovered ether’s anesthetic properties. So the sculptor decided to avoid the controversy by depicting the Good Samaritan on top of the monument rather than any particular doctor.

Just in case you can’t tell, I absolutely loved my experience in the Public Garden. The combination of nature and culture results in a lovely place for rest, relaxation, and admiration. Definitely add this destination to your Boston itinerary!

The garden’s easy accessibility and its proximity to popular tourist sites like Boston Common mean that you will probably be in the area, anyway. So don’t miss your opportunity to visit the oldest public botanical garden in the United States!

Have you ever been to the Public Garden? If so, what did you think of it?

YOU MAY ALSO LOVE: 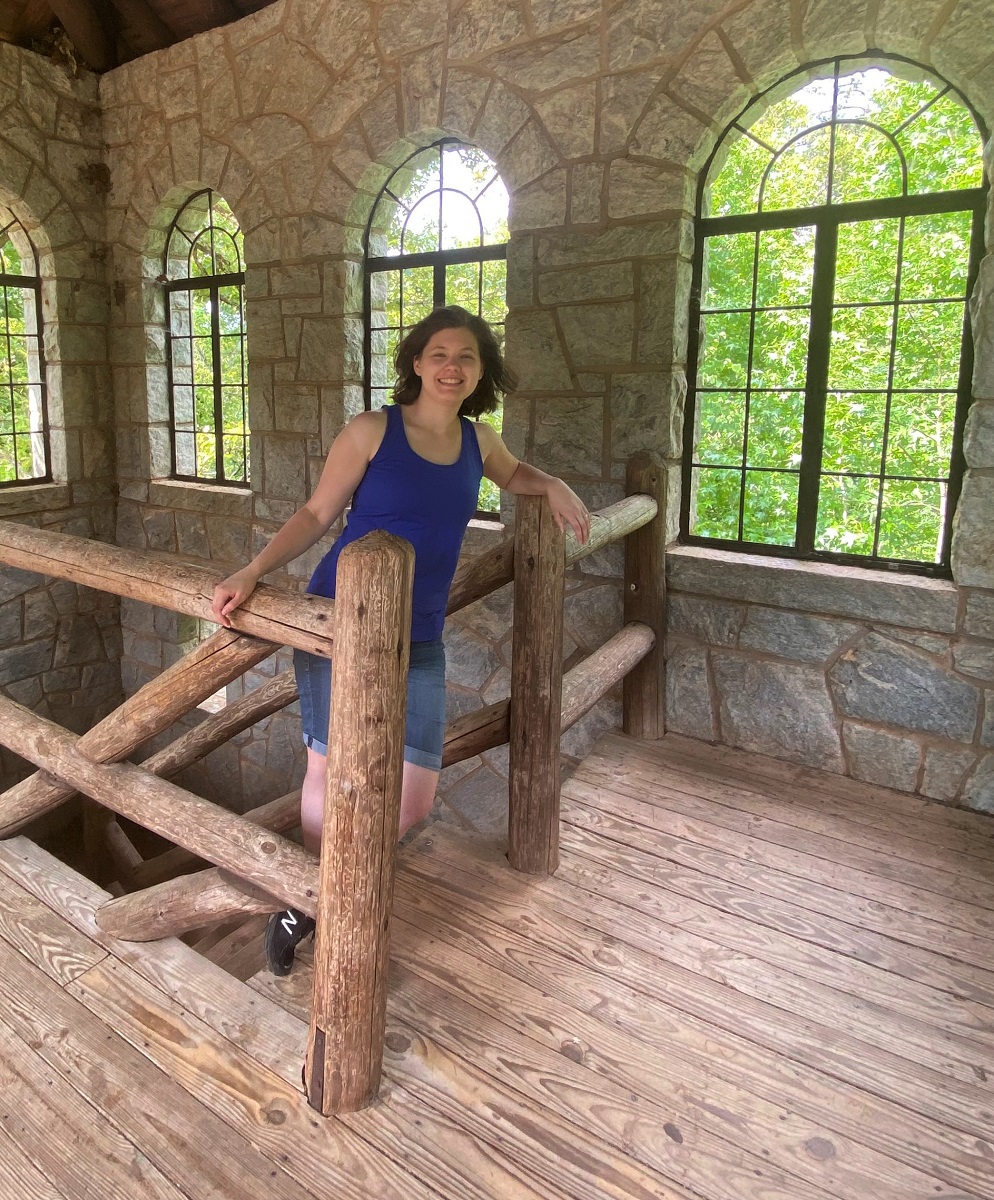 I'm a PhD candidate in Classics at Harvard and I love travel both near and far. Day trips are my favorite, but you will find all kinds of travel tips here.

We use cookies to ensure that we give you the best experience on our website. If you continue to use this site we will assume that you are happy with it.OkNOPrivacy Policy
You can revoke your consent any time using the Revoke consent button.Revoke consent